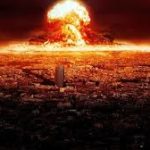 PM Turnbull’s push to make Australia a major weapons exporter puts paid to any pretence we might have of being a peace-loving nation.  And his claim that it’s all about jobs is a sham.  War profiteering is one of the least effective ways to create jobs.

(Published by The Age – letters page 5 February 2018) Over the years Australia has sold guns to government institutions in Papua New Guinea, which have sold them on to criminals in the civilian population. Armed violence now makes PNG one of the world’s most dangerous countries for its own citizens and for visitors. Australia […]

PM Turnbull’s claim that it’s all about “jobs” is a contemptible fig-leaf for forcing people into the business of war profiteering.

It’s a nearly impossible task to discover exactly what Australia is selling and to whom because the federal government refuses to say, but nuggets of information make it clear that Canberra is aggressively selling weapons and defence equipment to countries involved in conflicts where human rights abuses are being perpetrated.