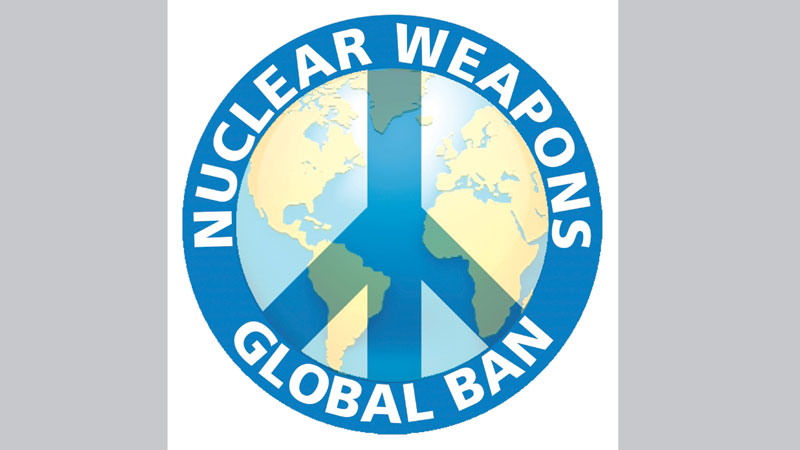 Nuclear disarmament unrealistic? So is keeping the bombs and surviving

Opinion article by Dr Margaret Beavis, – board member of ICAN (Australia) and the Medical Association for Prevention of War. Published by the Canberra Times on January 1st 2018

As we look back on the past year, one issue that abruptly came into focus was nuclear weapons. On the one hand, North Korea aggressively tested new weapons and both Kim Jong-un and Donald Trump threatened catastrophe; on the other, we have a new United Nations Treaty on the Prohibition of Nuclear Weapons and a Nobel peace prize to the Australian-founded organisation the International Campaign to Abolish Nuclear weapons.

How will these two extremes meet?

Let’s start with the “ugly”. We are assured that nuclear weapons keep us safe, but with almost 15,000 in existence and more than 4000 deployed, the reverse is true. To say they will never be used is magical thinking, the stuff of fairy stories. It is only a matter of time. There have been many near misses, due to human or technical error, where only luck has stopped a nuclear launch. This luck cannot hold indefinitely.

The extent of destruction is so vast it’s difficult to contemplate. The fears of the 1950s and ’60s have given way to a sort of collective denial. But the horrors of the past are just a pale shadow of what lies ahead, with current weapons 30 to 50 times more powerful than those used on Hiroshima and Nagasaki.

No response will be possible. All hospitals and health workers will be destroyed. The thermonuclear blast will be followed by a massive firestorm, reaching temperatures of 800 degrees. All oxygen within a radius of 25 kilometres will be consumed, killing anyone who survives the fire.

After the blast, the soot in the atmosphere will create a decade-long nuclear winter, damaging crop yields and resulting in global famine. Careful modelling has found up to 2 billion lives will be put at risk from starvation.

Jong-un and Trump are unequivocally “bad”, way beyond the Twitter use of the word. They have horrified millions with their immature brinkmanship, name-calling and threats. Not since the Cuban missile crisis has there been such public concern.

The United States blames North Korea for acquiring these weapons yet, given the fate of Iraq and Libya, it’s unsurprising that the North feels it needs them. Clearly, as long as these weapons are regarded as legitimate, nations will try to acquire them. Indeed, the US is spending $US1.2 trillion ($A1.5 trillion) to update its nuclear arsenal.

It’s appalling that North Korea has them yet, in many ways, inevitable given the nuclear-armed states’ abject failure to honour their undertakings to disarm under the non-proliferation treaty.

So where is the “good” in all this? The new UN treaty finally places nuclear weapons on the same footing as biological and chemical weapons. Stigmatising these weapons and holding governments to account is a critical next step in restarting the disarmament process. One-hundred-and-twenty-two countries voted in favour of this treaty and, once 50 countries sign and ratify it, it will become international law. Fifty-six countries have signed so far.

Once it is international law, using these weapons will constitute a war crime. Major divestment and a shift in how the public and the military view these weapons will follow. There needs to be serious negotiations, with an agreed, verifiable, balanced, stepwise reduction in stockpiles, with a specific timetable. No one is saying the new treaty is a magic wand. All this will take time and extensive diplomacy.

In Australia, the government continues to cling to the belief that nuclear weapons make us safer. By legitimising these weapons, it ultimately encourages proliferation. Japan, South Korea, Saudi Arabia and the United Arab Emirates are all considering becoming nuclear-armed.

We are at a turning point. New Zealand, Thailand and the Philippines were among the first to sign the treaty, and all remain US allies.

People say nuclear disarmament is unrealistic, but what is truly unrealistic is to pretend our luck will continue to hold, and that these appalling weapons will never be used. The humanitarian impacts are too great, and the risks too high. The treaty offers a new impetus and renewed hope for a safer world. It’s high time for our government to acknowledge this, and sign it.