Canberra citizens are planning a Gathering for Peace on Anzac Parade on Remembrance Day, to stand in silent commemoration of those Australians and others who suffered the horrors of World War 1, with the message “Honour Them – Promote Peace”. 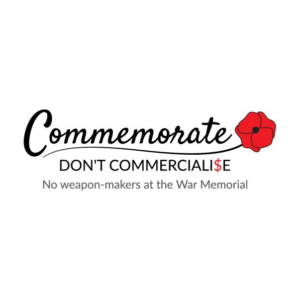 However the National Capital Authority is denying permission for such a gathering.  In response to an event application from the Medical Association for Prevention of War, the Authority said that Anzac Parade is “reserved exclusively for the 2018 Remembrance Day Commemorations.”  This is despite the planned vigil being organised for that very purpose – to commemorate the 2018 Remembrance Day.

MAPW President Dr Sue Wareham said “One wonders what the World War 1 diggers would have thought of officialdom finding no room for ordinary citizens – those whom governments call on to fight wars – with a message of peace, on a day and in a space that belongs to all of us.  We can best honour those who died by respecting the importance of the peace message rather than marginalising it.”

Meanwhile, the Australian War Memorial welcomes the involvement of the world’s largest weapons-maker, Lockheed Martin, as a sponsor of Remembrance Day activities.  The weapons industry made vast profits from World War 1.

A century on from the “war to end all wars”, warfare has become the normal state of affairs for Australia.   We have been at war since 2001, a period four times as long as World War 1.

Other Canberrans have also expressed concern at the NCA decision. Bishop Pat Power, retired Catholic Bishop of Canberra and Goulburn, said “As we commemorate the end of a period of human suffering on a scale that is hard to imagine, it is imperative that the need for peace is uppermost and visible in Remembrance Day commemorations.  Tragically, this message has become almost lost over the past 4 years with our nation’s focus on battles and military campaigns. The role of ordinary citizens in redressing the balance by promoting peace is critically important, especially at key commemorative times and places.”

Professor Peter Stanley of UNSW Canberra, and former Principal Historian at the Australian War Memorial, said “How can a silent, dignified and respectful vigil event on Anzac Parade conflict with the fitting remembrance of the end of the Great War?  Is this the democracy for which 60,000 Australians died in the Great War? Shame, NCA! Shame!”