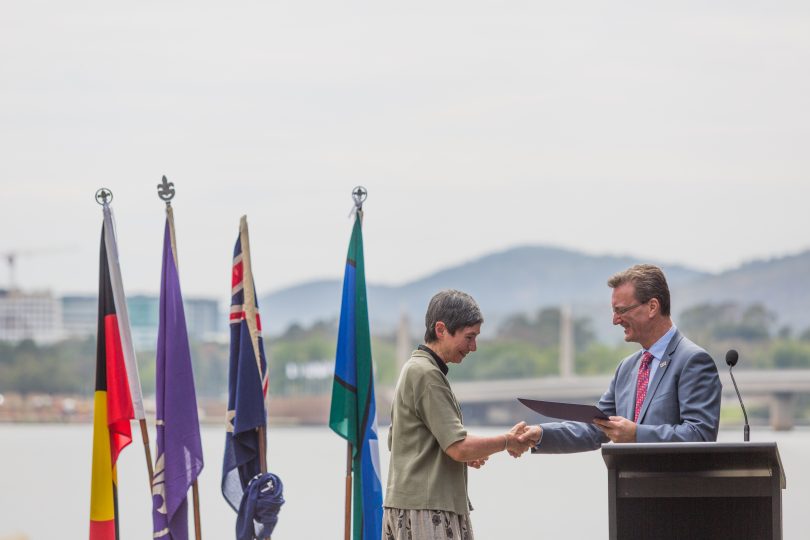 At a ceremony held at Nara Peace Park in Canberra, MAPW National President Dr Sue Wareham was awarded the inaugural Chief Minister’s Rotary Peace Prize on Friday 23rd  February. The awarding of this prestigious prize coincided with the unveiling of the Rotary Peace Bell,  a symbol of remembrance to all those who have lost their lives as a result of violence, and a reminder for the need to unite in work for peace.

When accepting the award from Gordon Ramsay, ACT Minister for the Arts and Community Events, Sue called on the Australian government to rethink its policy of building the economy on war profiteering. As one of the founding members of the International Campaign to Abolish Nuclear Weapons, ICAN, and a long time anti nuclear campaigner, Sue called on Australians to work to ensure that Australia signs and ratifies the recently agreed UN Treaty on the Prohibition of Nuclear Weapons.
You can read more about the Rotary Peace Bell and the event itself here.

All of us at MAPW would like to take this opportunity to congratulate Sue for her tireless work in promoting peace and a nuclear free future.