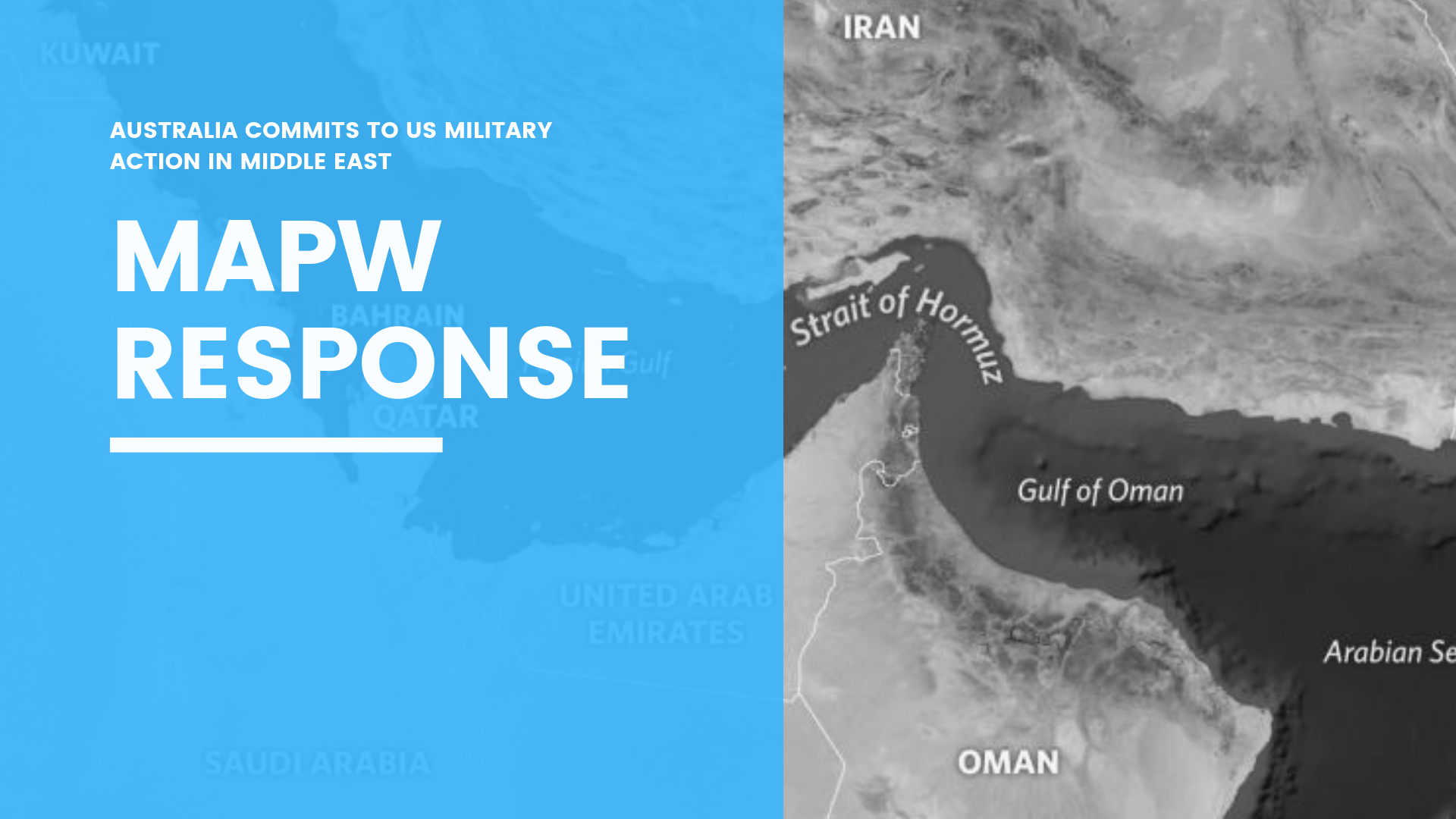 The Medical Association for Prevention of War strongly criticises the Australian government’s decision to join yet another military adventure in the Middle East, this time against Iran.

“Australian governments have learnt nothing from the multiple military deployments we’ve made since 2001”, said MAPW President Dr Sue Wareham.

“As a result of the wars in Afghanistan and the Middle East, Australia has been complicit in a vast amount of suffering among civilians, who largely pay the price of war.  In addition, ADF personnel who are deployed to ill-conceived wars pay a heavy emotional cost.”

“Australia joins every US venture as that nation goes to war, leaves a humanitarian mess, then moves on to the next conflict.  It’s an appalling record”, Dr Wareham said.

The US has been itching for a fight with Iran.  The current crisis started in May last year when US President Trump unilaterally withdrew from the Joint Comprehensive Program of Action, which was successfully curtailing Iran’s nuclear program.  Iran has no nuclear weapons, while the US has 6,185.

Military action against Iran now is illegal, as Iran is not threatening Australia, and there is no UN Security Council resolution for this action. The government talks about the rule of law, but recklessly abandons it whenever the law is inconvenient.

“The government’s claim that they want de-escalation is nonsense”, Dr Wareham said. “Warships and surveillance aircraft are not the way to de-escalate a crisis.  If we wanted de-escalation, we would make it clear to the US that we want resumption of the JCPOA.  In addition, this matter would be debated in our parliament, so that all options could be addressed.”

Given the amount of press attention, one might be forgiven for focusing on Iran’s missiles to the exclusion of all others. And yet, Iran’s missile program does not exist in a vacuum. It should be understood in the context of widespread missile proliferation throughout the Middle East.

Read the full analysis from the Nuclear Threat Initiative.

Echoes of Iraq: why Australia shouldn't be joining US action against Iran

Read comment from the President of Australians for War Powers Reform, Paul Barratt.