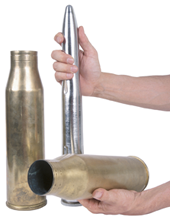 Chemical and biological weapons, along with nuclear weapons, are termed “weapons of mass destruction” because of their large scale indiscriminate effects, although of these three classes of weapons, nuclear weapons are by far the most destructive.

Lethal Autonomous Weapons Systems (LAWS) are likely to become the next weapon of mass destruction. Once activated, LAWS select and engage targets without further intervention by a human operator.  They can take many forms, but one concerning type is swarms of tiny drones loaded with individual lethal weapons.

In August 2017, 116 experts (including Tesla founder Elon Musk) called on the United Nations to ban the development and use of killer robots.

They said “lethal autonomous weapons will permit armed conflict to be fought at a scale greater than ever, and at timescales faster than humans can comprehend…autonomous weapons systems are on the cusp of development right now and have a very real potential to cause significant harm to innocent people along with global instability.”

There is an urgent need for pro-active regulation of LAWS. The Campaign to stop Killer Robots is an international coalition working to preemptively ban fully autonomous weapons.

However, there are other weapons that kill on a very large scale every year.

Small arms have a devastating impact on health.  They are the major cause of civilian casualties in modern conflicts, and Global Issues estimates that some 300,000 to 500,000 people around the world are killed by them each year.  Gun Policy.org states that there are more than 875 million firearms in the world.

International Physicians for the Prevention of Nuclear War (IPPNW), of which MAPW is the Australian affiliate, launched its “Aiming for Prevention” campaign in 2001. The goal of the campaign is to reduce and prevent injuries and death from small arms violence, and its effects on health, development and peace in the developing world. IPPNW mobilises the expertise of physicians and other public health professionals to document the devastating human impact of small arms, educate key stakeholders, and advocate policy reform.

Antipersonnel landmines have been associated with deaths, maiming and other terrible injuries in many war zones and post-conflict zones, even decades after wars finish.

Because of their humanitarian impacts, they were prohibited under the 1997 Mine Ban Treaty, and this treaty has been very effective in greatly reducing, but not yet eliminating, the number of deaths and injuries caused by them.

Cluster bombs are weapons that comprise multiple explosive sub-munitions which are dispensed from a container, often over a wide area. Many of the bomblets or sub-munitions fail to explode on impact and remain to kill or injure civilians long after conflict.

In 2006 MAPW representatives were a part of a humanitarian delegation to Lebanon to research the impacts of cluster munitions used in the 2006 war between Israel and Lebanon.  You can read their report here: Cluster Bombs: the Case of Lebanon.

Cluster munitions were prohibited under the 2008 Convention on Cluster Munitions. As with landmines, the treaty has reduced the threat posed by these weapons, but not yet eliminated it.

Safe Ground works to eradicate the impacts of all explosive remnants of war.

Older material can be found by searching in our archive.

For more Information on “Other weapons”