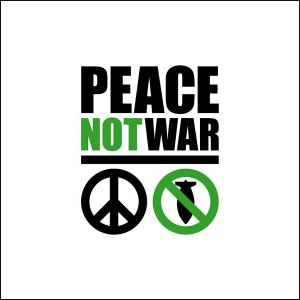 Currently the Australian government is making massive cuts to foreign aid and reducing funding to diplomacy, while rapidly ramping up spending on weapons and the Australian Defence Force. This increased spending means there is less available for critical social issues like health, education and housing.

Diplomacy is very cost effective; it can save many lives and billions of dollars. Foreign aid helps stabilise communities, reducing prospects for conflict.  Serious attention to the environmental drivers of conflict, particularly climate disruption with its impacts on food security, is desperately needed to prevent population movements and worsening refugee crises.  In securing our future, all these things would be far more effective and far less costly in economic and in human terms, than preparing for endless warfare.

SIPRI (Stockholm International Peace Research Institute) each year compares global military spending with the UN Sustainability Goals, which are designed to address global poverty and environmental issues. Just 21% of military expenditure would fund goals to alleviate poverty and hunger, health and water and sanitation. 33% would fund the education goals as well. 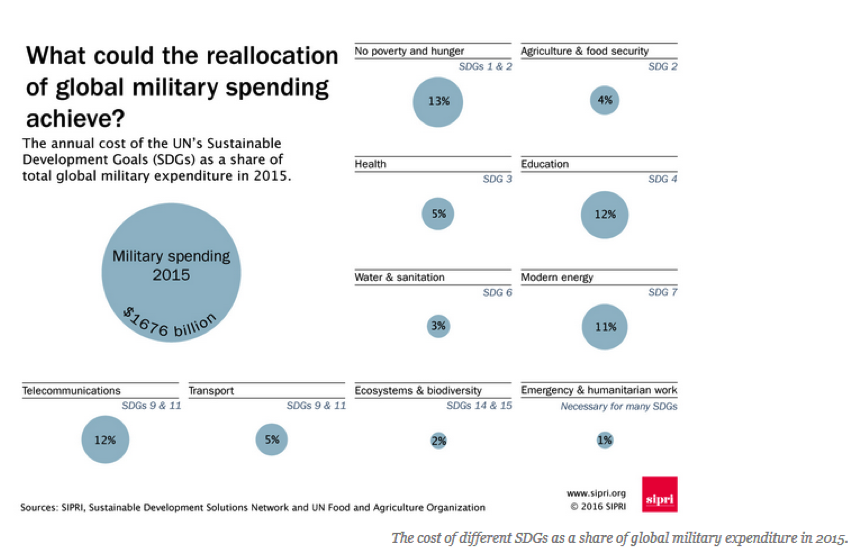 US Militarism: what are the costs to Australia?   31st October 2017

Changing what we can change. 23rd November 2015